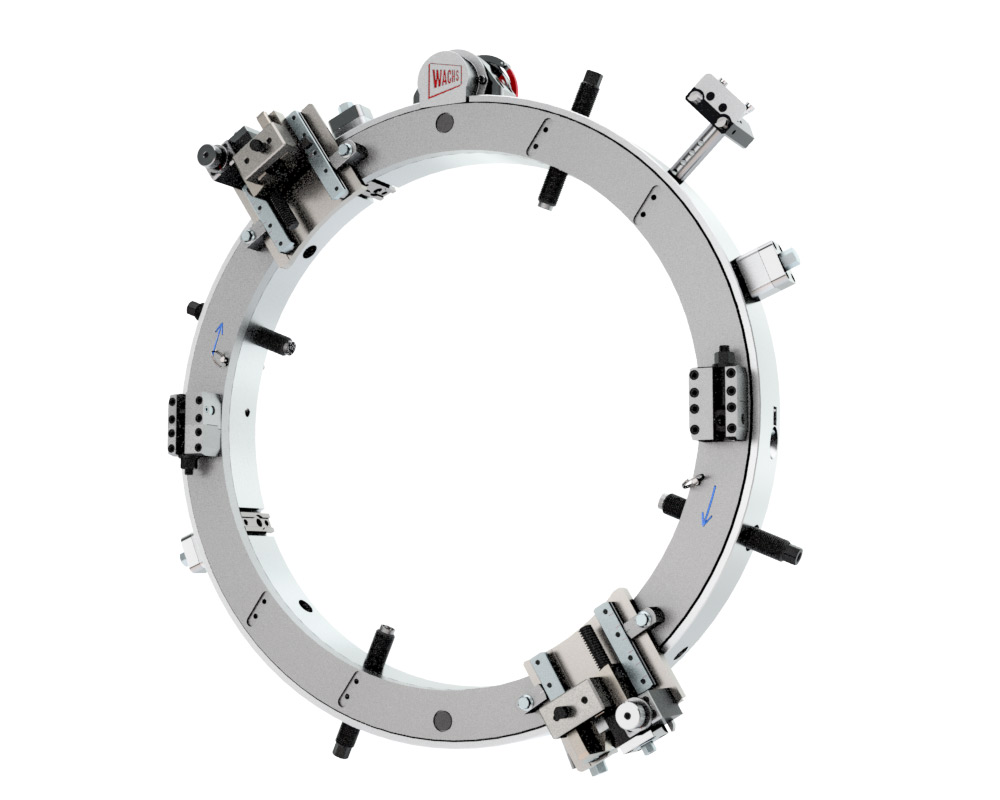 The DynaPrep MDSF Base kit includes most commonly specified components, just add a drive motor and tooling. Less expensive and easier than ordering components ala carte, these base model MDSF Kits are ideal where multiple ring sizes for varying pipe diameters are required onsite.

Wachs DynaPrep MDSF Medium Diameter split frames, often referred to as clamshells, are named for their ability to split in half for mounting to the outside of inline pipe. Each Wachs Split Frame uses a proven cold cutting machining process to cut and bevel pipe. It maintains the low clearance design of our previous LCSF series, but builds on that legacy with dozens of innovations and features to make it more powerful, more versatile and faster to setup and operate. It redefines the standard in portable, cold cutting machine tools.